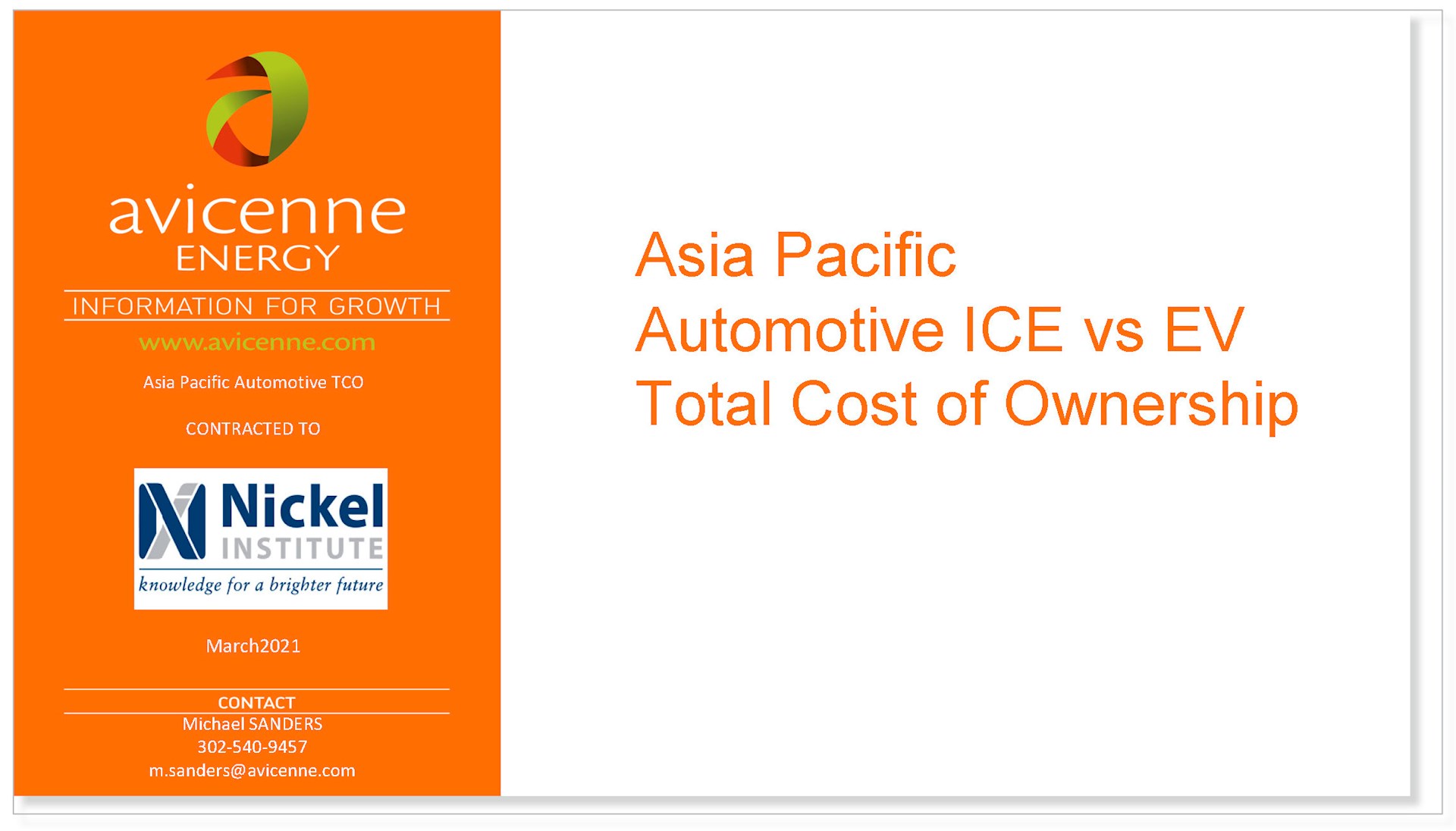 Avicenne was contracted to look at the total cost of owning an electric vehicle in China, Japan and S. Korea and to try and understand whether there is a financial motivation to owning an EV.

The (total cost of ownership) TCO represents the complete financial cost during the time that a consumer owns the vehicle. The cars chosen for a best comparison between EVs and ICE in China, Japan and Korea were mid-size and in addition small size models in both Japan and Korea.