Partially corrugated stainless steel service pipes have reduced water leakage rates drastically in Tokyo where they were introduced in the 1980s. Now other innovative water authorities faced with the urgent need to reduce water loss are also examining the nickel-containing stainless steel solution.

Water availability and quality in cities is strongly influenced by the effects of population growth, urbanization and climate change. But leakage rates in water infrastructure are exacerbating water scarcity.

By 2050, the population of cities will grow by up to 70%. By that time, water demand is projected to be 55% higher than in the year 2000, while four billion people will be living in water-stressed areas. Referring to water scarcity, the World Economic Forum Global Risks Report found that the “water crisis”, in terms of impact, ranked fifth in 2018 rising to fourth in 2019.

On the way to the customer’s tap, many water utilities are losing an estimated 20 to 35% of the fresh, treated drinking water they produce

Yet on the way to the customer’s tap, many water utilities are losing an estimated 20 to 35% of the fresh, treated drinking water they produce. In Europe, the average water loss is 26%, but some major cities both there and in North America have reported leakage rates of 30% and more. Utilities in some of the lower GDP countries suffer as much as 70% water loss.  When the OECD surveyed over 40 cities in a 2016 study, it found that leakage rates ranged from 4% in Amsterdam, Netherlands to 65% in Tuxtla Gutiérrez, Mexico.

To make up for the losses, many utilities try to secure additional water sources and invest in water treatment and desalination plants. But a more cost-effective solution would be to reduce the water loss in their systems in the first place. Often, especially in low GDP countries, there is simply no money for infrastructure improvements, even if those improvements would help cut operating costs and generate income from water sales. But, as sustainability is becoming more important globally, governments will be more reluctant to issue additional water rights for new water sources without proof that the waterworks have made every effort to eliminate waste in their existing systems.

Water losses are not just a waste of a precious resource in a sustainability context. Economically speaking, a significant amount of water that has been collected, cleaned and disinfected, stored and distributed does not get used by the consumer and thus is not invoiced.

Water mains breaks are what comes to mind when water loss is evoked. These are the occasions where service interruption, spectacular water loss, road digging and repair crew presence are obvious.  However, the most significant water losses come from service pipes, because these leaks typically take more time to be detected, if found at all. The International Water Association reports that while a one day water mains break may lose 75m3, an unreported service connection break may lose more than 4,500m3 over the six months it takes on average for a utility to become aware of it.

An unreported service connection break may lose more than 4,500m³ over six months

How to reduce water loss?

But to really solve the problem in the long term it is necessary to replace old and leaking pipes and connections with more durable infrastructure.

Where do leaks occur?

Utilities that have analysed the location of leaks in their system found that over 90% occur in the service pipes which connect the water main to the water meter at the customer’s house.

For longevity, service pipes must be resistant to mechanical damage and corrosion. They are traditionally made of lead, galvanized steel or various types of plastic or copper. The origin of leaks in service pipe depends on the age and the type of pipe material, the connections, the soil and location.

Leaks occur when metal pipes corrode, plastic pipes crack or when joints, shutoff valves or ferrules fail, tubes disconnect or excavation work results in damage. Corrosion can also be caused by the soil in which the pipe is buried, as well as the water inside the tube.

The underlying cause of many failures is mechanical impact through settling of the soil, seismic activity or vibrations from heavy vehicles passing on the street above. This can lead to loosening and even disconnection of joints, bending of metal pipes and to cracking in plastics, particularly in aged tubes and fittings. 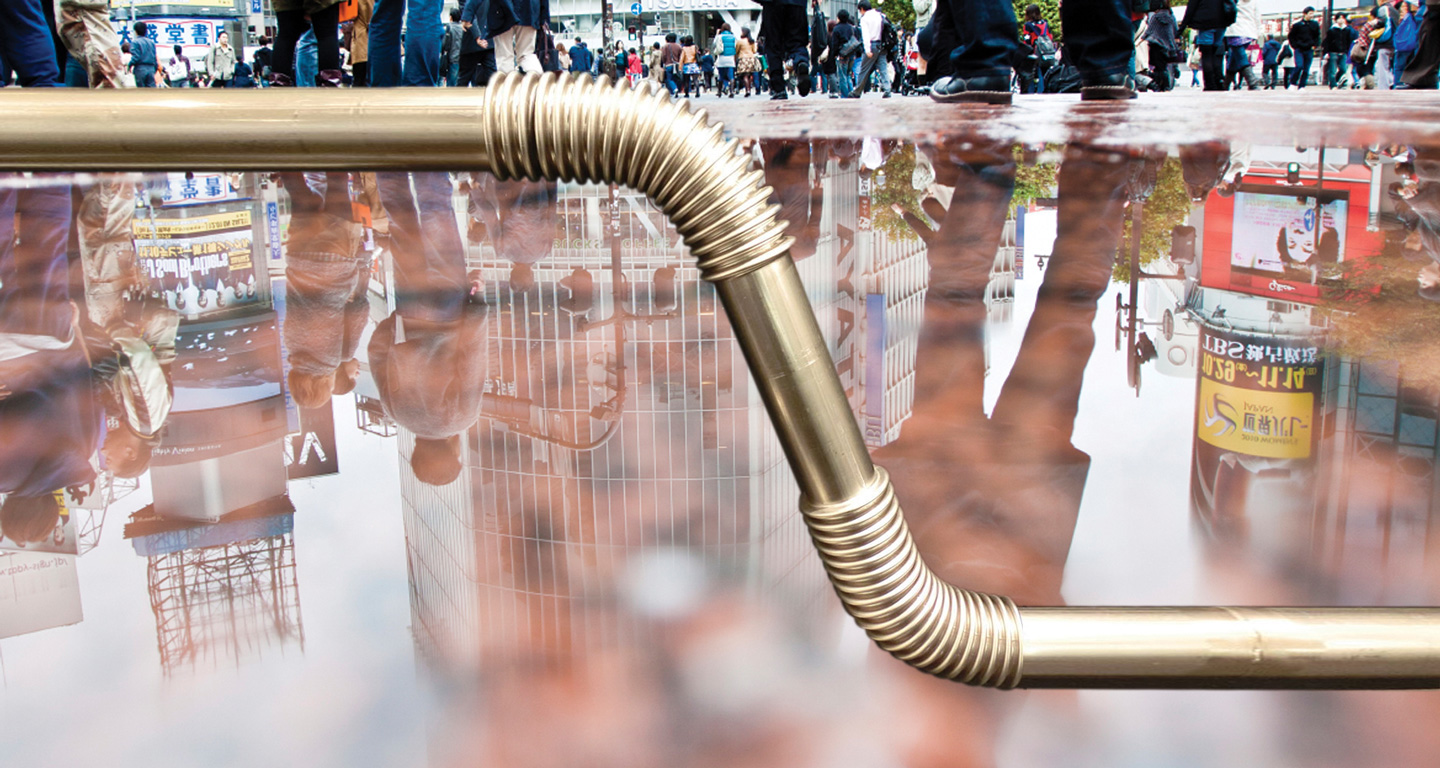 Failing service lines and connections were thoroughly reviewed in Japan almost forty years ago. Various materials, such as stainless steel Types 304 and 316, carbon steel, plastic, lead and copper as well as soil types were considered. Type 316L came out of the comparison as the best material in terms of both corrosion resistance and mechanical properties. The first service line tubes were a straight length (not corrugated) version but there continued to be some leakages at the joints, the weakest link of the pipe.

Partially corrugated stainless steel tube, developed in the 1990s, addressed this problem. It was easier to install and able to flex with ground movement caused by earthquakes or heavy traffic vibrations.  Since then, in Tokyo, thousands of kilometres of stainless steel service pipes have replaced other materials in both renovation and new construction projects.

With the success of the program in Tokyo, other cities like Seoul, South Korea and Taipei, Taiwan began their own projects to solve their water loss issues by replacing tubes rather than just repairing leaks. Now there are more than 35 cities in Asia with stainless steel service pipes programs.

These advantages offer unique possibilities to reduce water loss and operating costs. Also, by having to pump significantly less water, energy consumption is reduced. And from a societal point of view, the long-lasting reliable character of the stainless steel solution makes cities more resilient, causing less discomfort to citizens, through improved service and fewer disruptions. 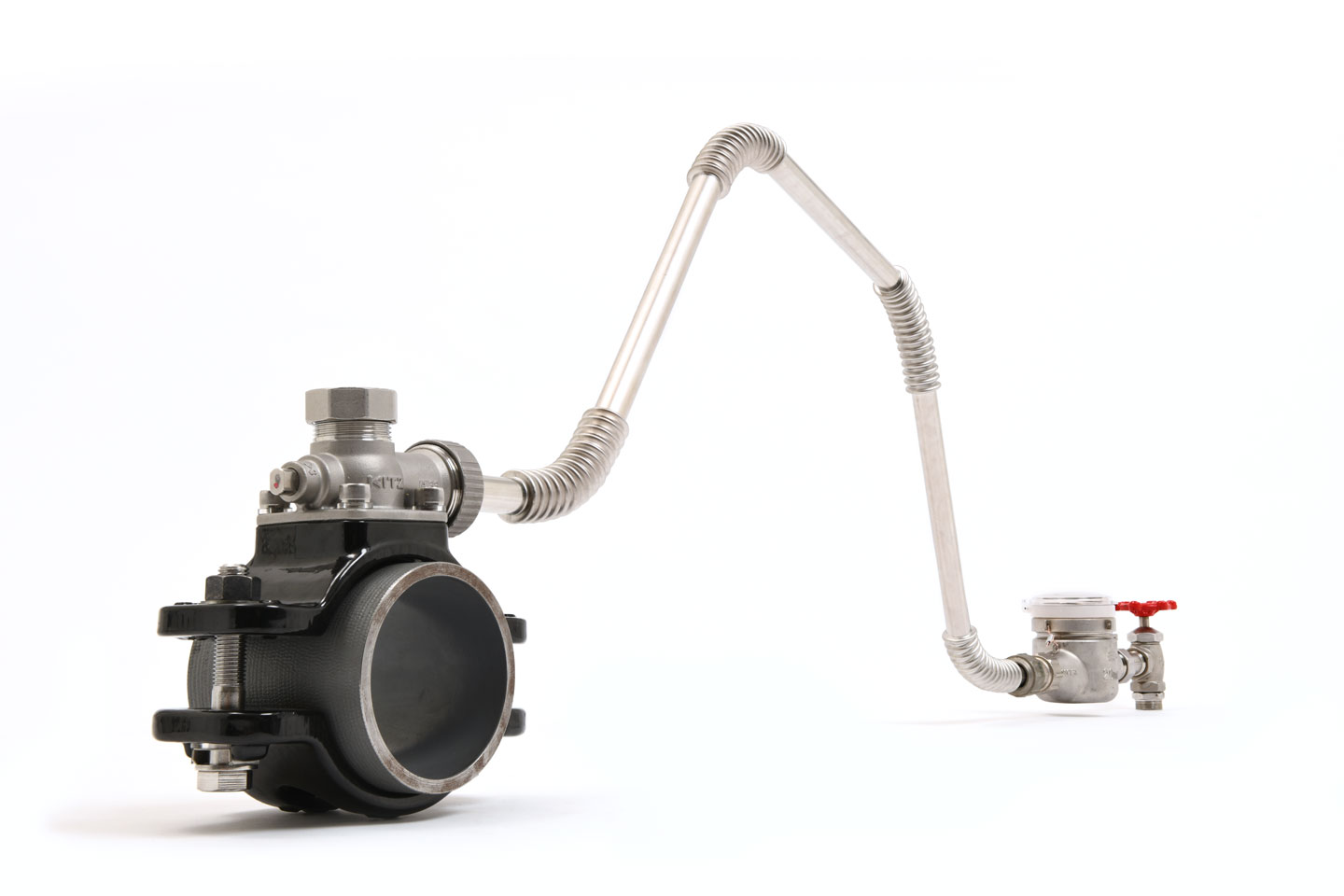 Economic growth is a ‘thirsty business’

According to the World Bank, economic growth is a ‘thirsty business’. Ensuring a sufficient and constant supply of water under increasing scarcity is essential to alleviating global poverty. Water is the ‘common currency’ that links almost all of the UN’s Sustainable Development Goals. It is a vital factor in the production of food, in ensuring a healthy population, in guaranteeing the means of production and in maintaining the planet’s eco-system.

Partially corrugated stainless steel water pipe offers a long term solution for water authorities who are charged with assuring the safe supply of this precious commodity.

Benoît has an MSc in Chemical Engineering and an extensive knowledge of stainless steel. He is responsible for managing relations with the Nickel Institute’s Market Development partners, running projects and exploring opportunities in the European market for the use of nickel in appropriate applications.

Stainless steel: a lifetime of savings

Food safety: why stainless steel is a vital ingredient