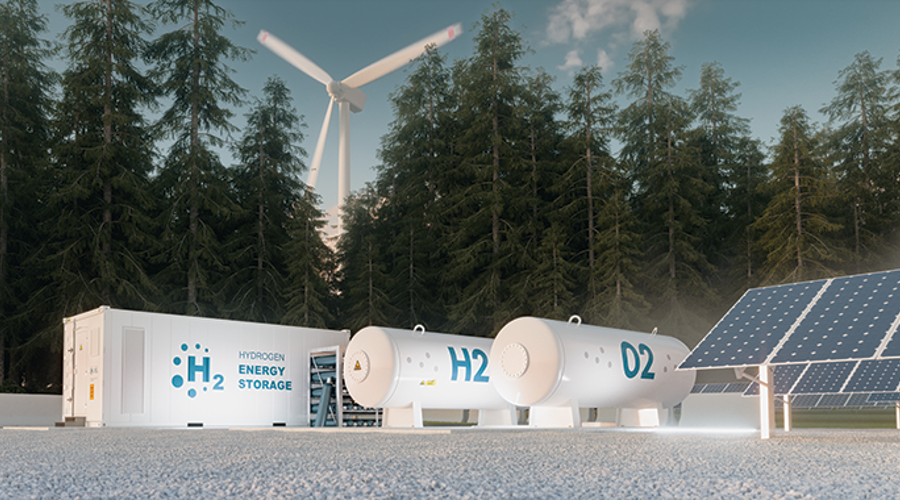 The many new and innovative applications of hydrogen as fuel show great promise for a greener future.

Countries around the globe are implementing aggressive initiatives to encourage the production and use of green hydrogen. Some forecasts predict that markets for two nickel-containing technologies, electrolysers that produce hydrogen, and fuel cells that use hydrogen to power vehicles, are likely to increase by two orders of magnitude in the next ten years.

What is fueling the shift?

To achieve the Paris Agreement’s decarbonisation targets and the subsequent ambitions of individual countries for a carbon-neutral society, fossil fuel combustion must be replaced by carbon-neutral alternatives.
Hydrogen could be a perfect solution as an alternative fuel. It is a gas that, when converted to energy, does not produce CO2 but rather emits only water vapour. Its adoption would, therefore, significantly reduce greenhouse gas generation.

The role of electrolysis

The most efficient way of producing hydrogen is by electrolysis, which is based on splitting a water molecule
into hydrogen and oxygen. The dissociation of the water molecule in an electrical field evolves hydrogen on the cathode (−) and oxygen on the anode (+), where they are both collected off respective terminals. When hydrogen is produced by electrolysis using renewable energy sources, it is also free of CO2 production.

This form of hydrogen is called "green hydrogen". 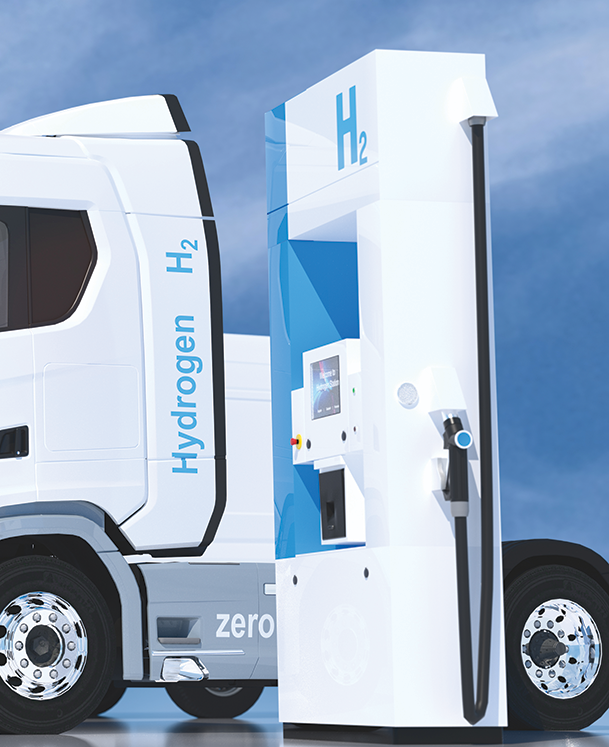 cells (PEMFC) are the most widely used and commonly deployed in mobile applications such as cars, trucks, buses, and forklifts due to their size flexibility, favourable power-toweight ratio, and fast start up.

Liquid Alkaline (LA) electrolysers are the current standard for large-scale electrolysis and are the most widely deployed, proven mature technology and cost-effective solution. In LA electrolysers, the reaction occurs in a solution composed of water and liquid electrolyte (30% potassium hydroxide) between the two electrodes. Both electrodes require intermediate catalytic reaction for conversion efficiency.

This is where nickel plays a key role. Nickel is used on the electrode surface for optimum cost, durability, and efficiency. The quantity of pure nickel used in an alkaline electrolyser is approximately 2 kg/kW of converted
energy.

The future of fuel cells

Fuel cells are electrochemical energy generators that convert chemical energy into electrical energy. And when hydrogen is used as a fuel, the only by-product is water. In the carbon-neutral future, electric vehicles of all types and sizes will be the norm. While most  passenger vehicles will use Li-ion batteries, larger vehicles such as trucks, buses, and marine will likely use fuel cells.

Like electrolysers, fuel cells have two electrodes with an electrolyte sandwiched in between. The different types of fuel cells are distinguished by the type of electrolyte they use.

Proton exchange membrane fuel cells (PEMFC) are the most widely used and commonly deployed in mobile applications such as cars, trucks, buses, and forklifts due to their size flexibility, favourable power-to-weight ratio, and fast start up.

This type of fuel cell uses a solid polymer membrane electrolyte that electrochemically reacts  with stored hydrogen and oxygen from air to produce power, operating at relatively lower temperatures and pressures and delivering higher power densities compared to other fuel cells.

Each cell is sandwiched between two bipolar plates, which channels hydrogen fuel to the anode and oxygen to the cathode, as well as transporting the product water away from the electrodes to the exhaust. In general, proton exchange membrane fuel cells use modest amounts of nickel since they operate at low temperatures (~80 °C), but due to the high extent of their deployment,  the total quantity of nickel used could be significant.

Solid oxide fuel cells (SOFC) are the second most used, mainly as primary power sources for power plants, micro-grids and large single users. This type of fuel cell uses an ionically conductive ceramic  eectrolyte and operates at temperatures between 600 °C and 800 °C. Due to this high temperature, the solid oxide fuel cell requires nickel-containing  stainless steels to be used extensively in the construction.

Molten carbonate fuel cells (MCFC) are high-temperature fuel cells similar to solid oxide, but they use a molten carbonate in a ceramic matrix as an electrolyte. Although not commonly deployed, this type of fuel cell has the ability to sequester carbon dioxide in their process, making them highly desirable in reducing total GHG in many off-gas applications. Significant amounts of nickel are used in these systems – approximately 5 kg for each kW of electricity produced.

This article was published originally in Nickel Magazine VOL 36, NO1., April 2021- Nickel: the solution for water

Ken has over 35 years of experience in the advanced battery and ultracapacitor industries where he has been involved in research and development, product development and design, manufacturing, and commercialization of battery technologies. His international career has spanned advanced portable energy systems, lithium-ion polymer batteries, ultracapacitors and research and development in senior roles in Canada, Italy, Ukraine, Germany and the US.

Battle of the batteries - Cost versus Performance