According to Fertilizer Canada, by 2050 the world will need to increase food production by 70%. Without fertilizer, global food production would be half of current levels, requiring farmers to grow more food on land that is increasingly under pressure from development.

Sherritt’s nickel refinery in Fort Saskatchewan, Alberta (the Fort Site), produces around 250,000 tonnes of ammonium sulphate fertilizer as a by-product, which is then sold to Canadian farmers.

A saleable by-product means less waste from the refining process and more food on the table for people around the world.

Refining metals at Sherritt International’s Fort Site begins with the leaching of nickel and cobalt from a variety of feed materials.
The feeds at the Fort Site consist mainly of mixed nickel and cobalt sulphides. These feed materials are blended with an ammonium sulphate leaching liquor in a mix tank and the mixture is pumped into pressure autoclaves. In the autoclaves, most of the metals are dissolved into the leach liquor at elevated pressure and temperature, using oxygen from air to react the sulphur. 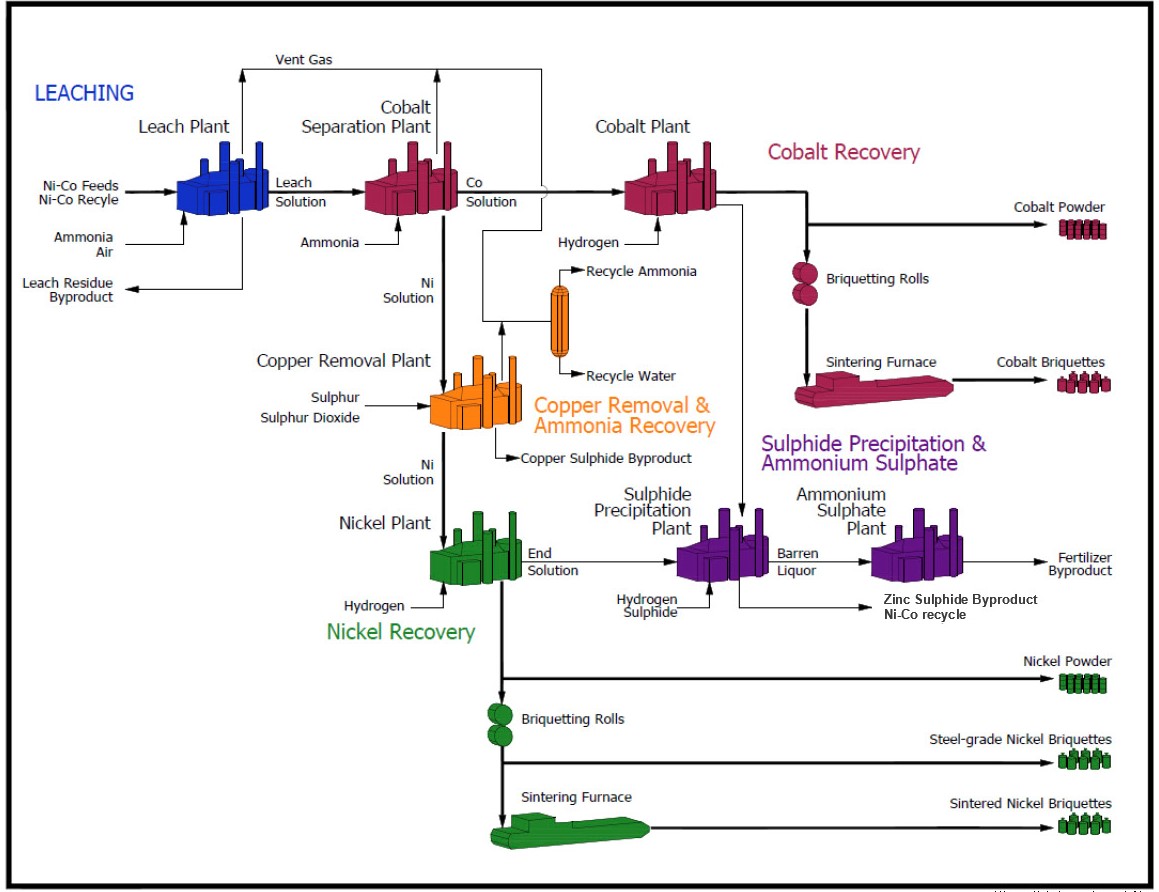 Ammonium sulfate is used most commonly as an artificial fertilizer for alkaline soils. When introduced into damp soil, an ammonium ion is released. This creates a small amount of acid, which lowers the pH balance of the soil. It also contributes nitrogen, which aids in plant growth. It dissolves relatively slowly, which makes it cheaper than some other artificial fertilizers.