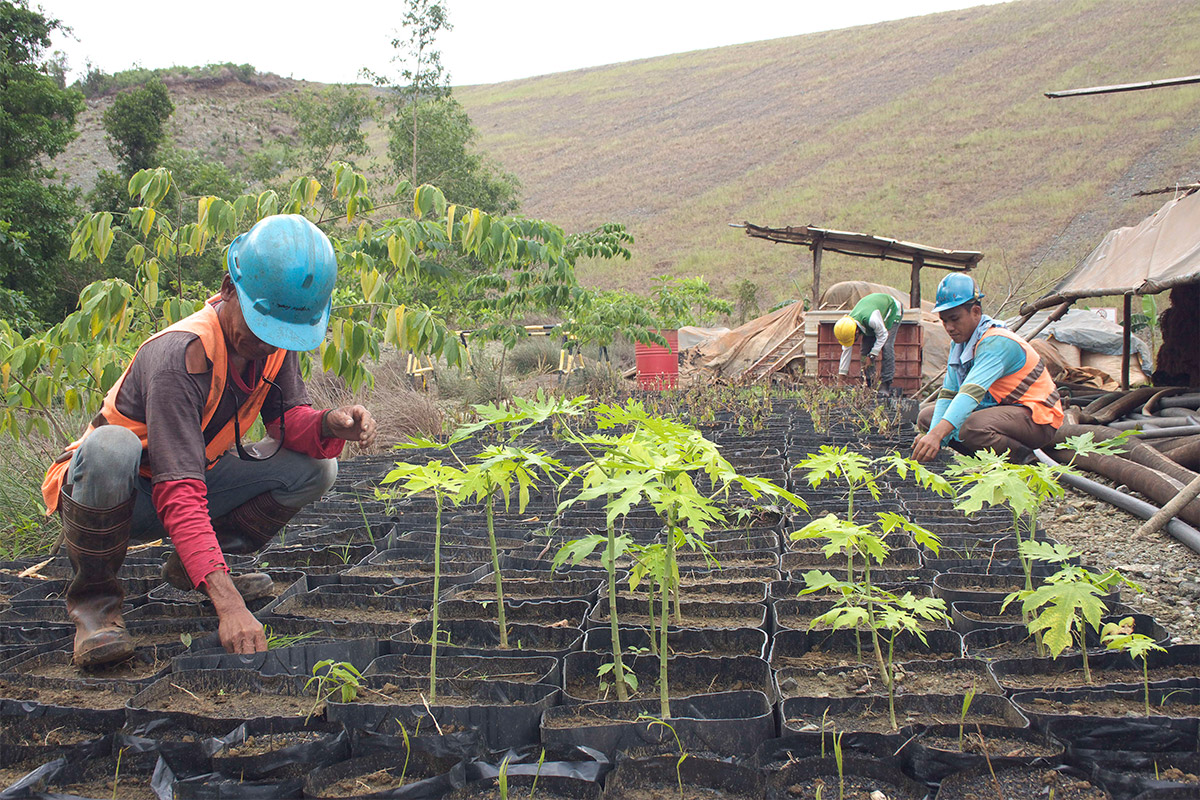 Raising saplings, by the local community

The business in which Sumitomo Metal Mining engages has an impact on surrounding regions. Earning the trust of local communities is a key prerequisite for the continuation of their business.

At the former Besshi Copper Mine in Ehime Prefecture, Japan, Sumitomo started reforestation in the Meiji Era, over a century ago.

Coral Bay Nickel Corporation (CBNC) produces mixed sulfide (MS) as an intermediate raw material for nickel and cobalt products at Palawan Island in the Philippines. The company is engaged in the rehabilitation of tailings dams, which are facilities for accumulating the neutralized and stabilized unneeded mineral solids resulting from mineral processing (the process of separating ores) and from metal smelting and refining, and separating the water from them.

Currently at CBNC, the first tailings dam has reached capacity and a second is in use. Rehabilitation is the activity to return greenery to a tailings dam that has played out its role.

The objective of rehabilitation is to establish a self-supporting, sustainable ecosystem. In this regard, Sumitomo undertakes a number of measures, such as improving the soil, and restoring an expanse of greenery to land that was barren, reddish-brown soil in 2010. Sumitomo even goes beyond simple greening to cultivating vegetables, fruit trees, and other plants to make the land usable for agriculture and other activities that support livelihoods. Rehabilitation also plays an important role in the creation of employment in the area of operation, with many members of local communities becoming involved in the work. 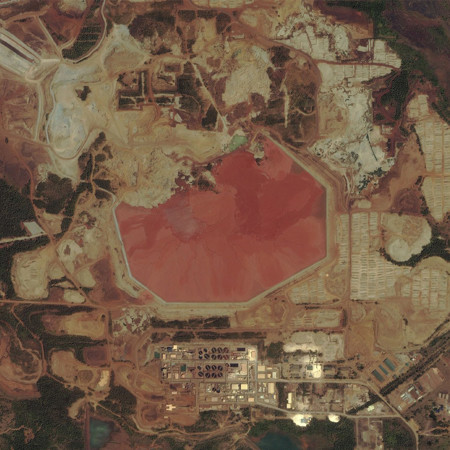 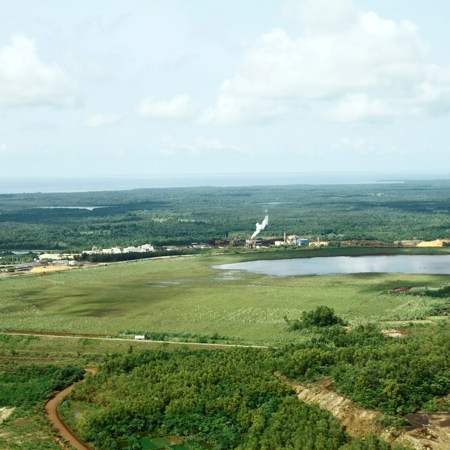