Stainless steel has been the leading material for projecting progressive, modern architecture for more than eighty years. It is also popular for high-traffic public transit, security and other architectural applications where long-term durability is an essential consideration. The nickel-containing 300 series stainless steels are the most widely-used alloys in use for these applications.

The earliest-known architectural applications date from the mid-1920s and were relatively small, low-profile projects such as entrances and industrial roofing. Many of these early installations remain in service, including the entrance canopy of London’s Savoy Hotel, constructed in 1929.

Mankind has always sought to build large structures as a means of expressing its power and wealth, or as competition between owners. Sometimes, it is simply to push the limits of technology. Skyscrapers are the twentieth century pyramids, so it seems fitting that the first large-scale architectural applications for stainless steel were for the then-tallest buildings in the world; the Chrysler (1930) and the Empire State Buildings in New York City (1931). Although the Chrysler Building held the record as the world’s tallest for only a few months, its elegant, glittering, stainless steel Art Deco styling has made it an enduring, internationally-recognised example of classic skyscraper design. 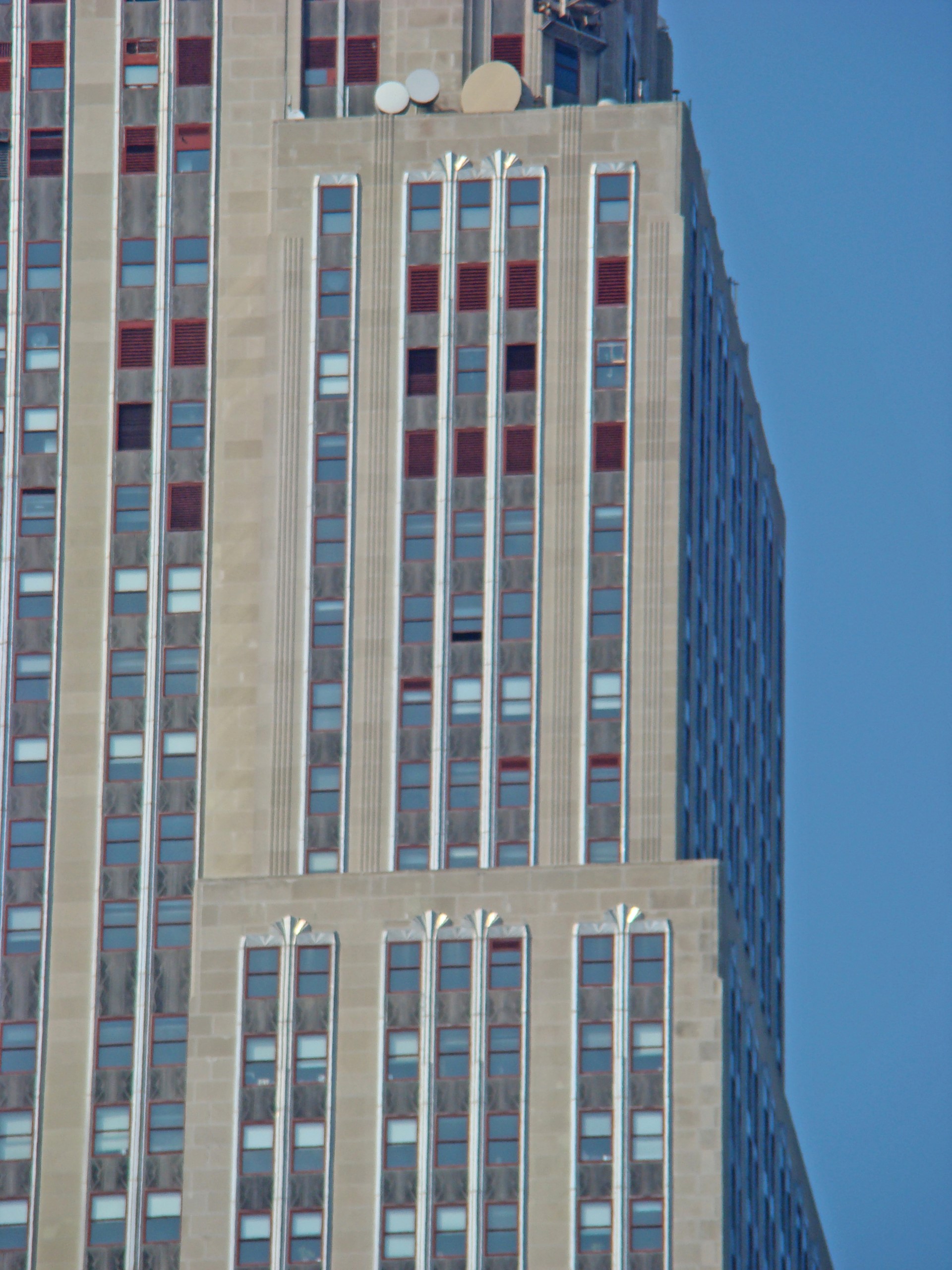 The Empire State Building was unsurpassed as the world’s tallest building for more than 40 years. As with the Chrysler building, its top floors and spire are clad in stainless steel; however, the Empire State was also the first building to have a stainless steel exterior wall application. Columnar stainless steel spandrels adjoin each window and rise to form sunbursts at the top of each tier. The only panel replacement occurred as the result of a U.S. Air Force medium-sized bomber colliding with the side of the building in heavy fog in 1945.

These early buildings used Type 302 (S30200) stainless steel, although today Type 304 (S30400) would be the readily-available equivalent. For construction nowadays, Type 316L (S31603) with its higher corrosion resistance, would be the preferred type, particularly in buildings likely to be exposed to seawater or road salt spray. Yet it is remarkable how well the stainless steel on these older buildings has performed even using these lower-alloyed types. On the centenary of the development of stainless steels, these early buildings remain a highly-visible testament to their durability and longevity.

The ability to clad buildings in relatively lightweight skins and the simultaneous introduction of new finishes introduced a broad range of new design possibilities. The initial methods for colouring stainless steel were introduced in the 1970s, and have proven highly durable. The electrochemically-coloured shingles on the Reiyukai Shakaden Temple in Tokyo have retained the same colour after almost 40 years of service. 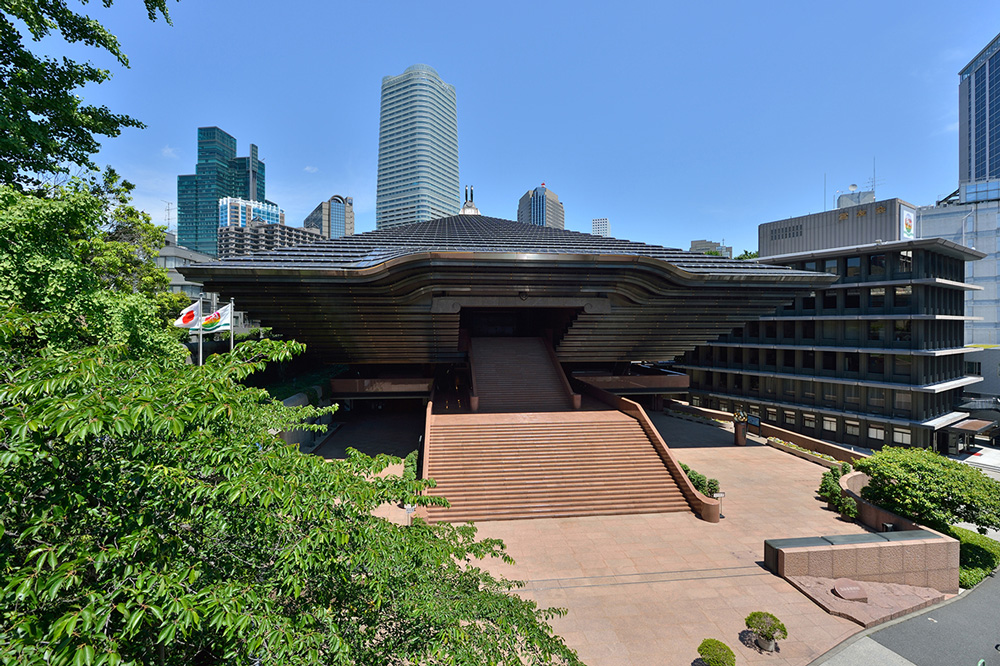 Leading architects regularly use stainless steel for relatively traditional curtain walls such as those of Trump Tower Chicago, sculptural exteriors like the EMP (Experience Music Project) Museum in Seattle, Washington as well as bio-climatic sunscreens, elegant store interiors and transit buildings around the world.

The introduction of metal and glass curtain-wall design in the early 1950s revolutionised tall building design. Stainless steel was used for many early prominent building designs, including the Socony-Mobil Building in New York City (1954) and Chicago’s Inland Steel Building (1958), both of which have remained fashionable addresses for more than 50 years. By the 1960s, stainless steel was being used for high-profile architectural applications around the world, including the roofs of St Mary’s Cathedral in Tokyo (1961) and the Mellon Arena in Pittsburgh (1961).

The Myllyn Teräs bridge in Turku, Finland, was built as a continuous-beam bridge of composite structure, with a total length of 99 metres and an effective width of 20 metres. The lower and side surfaces of the bridge are clad with duplex Type 2205 (S32205) stainless steel. This preserves its structural integrity over a long service life and minimises maintenance costs while at the same time respecting its local environment. The Brussels Atomium, built for the Expo 58 World’s Fair, was originally skinned with aluminium. However, when it was re-skinned in 2005, the architects chose austenitic Type 316L stainless steel in order to provide the desired durable and strongly corrosion-resistant surface that would not fade or dull over time.

These buildings cover a range of applications and service environments; some have had regular maintenance while others have had none. However, all illustrate the exceptional performance and cost-effectiveness of stainless steel as an architectural design material as well as its appeal for sustainable design where long-term performance is expected.

Some of the other earliest applications were purely practical, such as the Pittsburgh Plate Glass Co. plant roof in Creighton Pennsylvania (1924) and the stainless steel concrete reinforcing bar for Mexico’s Progreso Pier (1945).
Unique materials such as stainless steels can inspire designers and engineers, allowing them to make the built environment safer and more sustainable. A broad range of surface finishes can be applied to nickel-containing stainless steels, ranging from elegant polishes to combinations of colour and texture. They are corrosion resistant and easily formed and fabricated. However, this is only the beginning; designers are increasingly capitalising on the unique mechanical and physical characteristics of stainless steels to make designs more resilient, safer, longer-lasting and more secure. 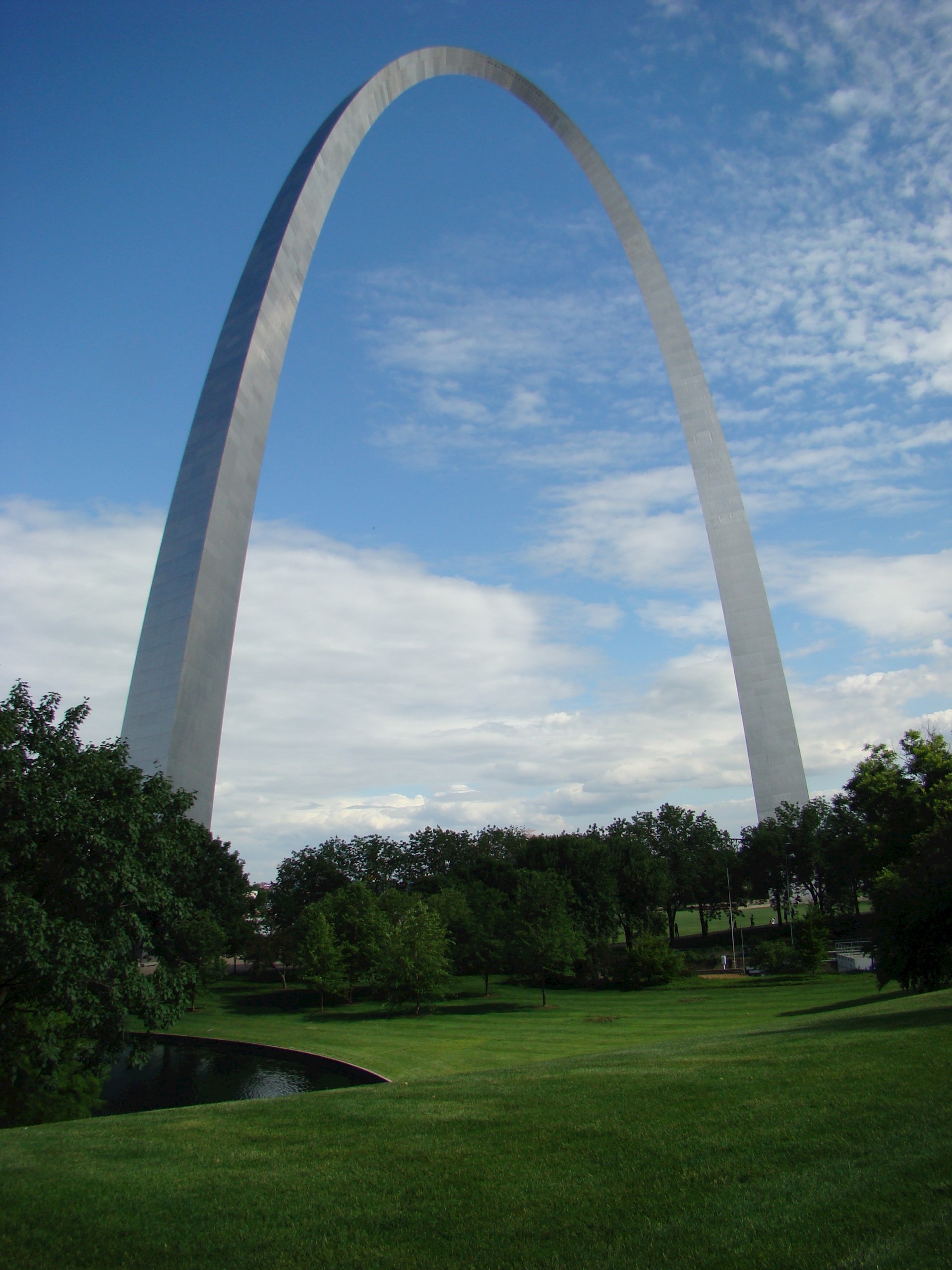 More on our Chronickels blog: