Boliden is investing in the expansion of electrified transport at the two open-pit mines of Aitik and Kevitsa, mainly during 2020-2021.

In 2018 a pilot project was launched to electrify transport in Aitik, where a 700-metre electric trolley line was installed and four mine trucks were converted to electricity. This pilot project resulted in increased productivity and reduced diesel consumption. Following this, further three kilometres of electric trolley line are now being built at the mine, and another ten trucks will be converted to run on electricity. Overall, the system will be able to reduce greenhouse gas emissions from transportation over the mine’s life span by 15%.

In Kevitsa, 13 mine trucks are being converted to run on electricity at the same time as a 1.8-kilometre-long electric trolley line is being built. The investment will enable a reduction in greenhouse gas emissions over the life span of the mine by 9%. The Kevitsa open-pit mine is located in one of Finland’s largest mineral deposit areas.

The two systems are being deployed in stages until 2022. It is estimated that Boliden will reduce diesel consumption by 5,500 cubic metres per year when the investment is completed. In addition, there will be productivity gains as the electrically powered trucks can operate at a higher speed. The work environment for drivers will also be improved, in part thanks to lower noise and reduced need for maintenance. 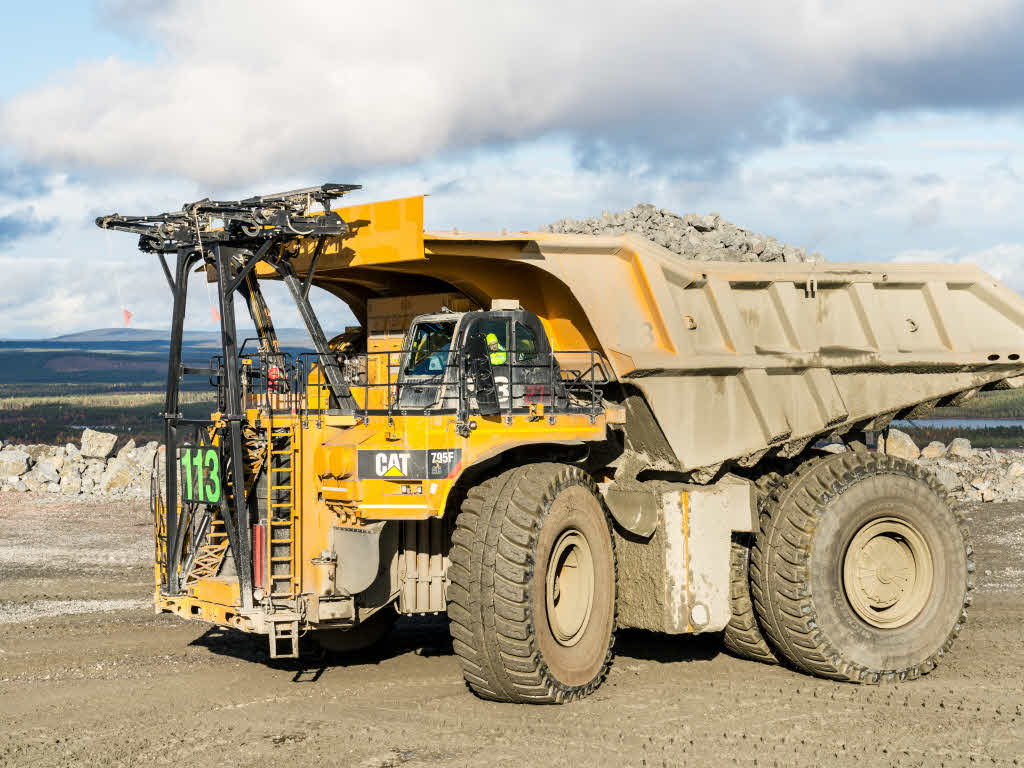 Greenhouse gas emissions over the life span of the Kevitsa mine

The pilot project has received support from the Swedish Energy Agency and is being implemented with a number of partners, including ABB and Eitech for the electrical infrastructure, and Caterpillar and Pon Equipment for the truck conversion.